This post contains affiliate links. If you purchase through these links, I may earn a percentage at no extra cost to you.

We’re getting ready to celebrate All Saints Day coming up soon (November 1st) so now is the perfect time to learn a little bit about some favorite Saints!

A quick thank you to our Catholic Trivia sponsors!

First, I have the honor of introducing you to our sponsors who make this Trivia game possible.

Did you know that on the 4th Friday of each month, you can catch Trivia live on Instagram? Stop in to play, to test your knowledge, learn new things, and maybe even win some prizes!

This month’s sponsors and prize donors are:

Allison Gingras, of Reconciled to You, is an amazing speaker, author, and just overall an inspiring woman.

She has a podcast AND her husband is a deacon!

Allison is the creator of the Stay Connected series of Scripture study journals for Catholic women (which I’m honored to be a part of!)

Mo, the owner of Beads with Faith, makes beautiful handmade Rosary beads in the UK.

That’s not all, though. She also makes chaplets, Rosary wrap bracelets, and Christocentric jewelry.

Mo takes requests in the Bespoke section of her shop.

Ingrid is a dear friend, and an artist I truly admire.

She does incredible works of fine art, prints, and originals on unique materials such as reclaimed wood and wooden doors.

Ingrid also has Bible journaling kits (which I absolutely adore!) in her digital shop: Open Journey.

Ingrid is also the artist for my book: Walking Holy Week with Jesus, a Prayer Journal.

1. “Be not afraid.” Which Saint started his papacy with these words?

We all love our JPII! What a great Pope he was.

This video is rather silly, but for some reason it makes me grin my face right off, and leaves me with tears in my eyes.

Watch it, and notice his love, his playfulness, and the great joy that he exudes.

If you want to learn more about JPII, check out this book from Jason Evert: St. John Paul the Great: His Five Loves.

Here’s a great book about him for your kids: The Story of St. John Paul II: A Boy Who Became Pope.

2. “Rebuild my Church.” Who famously received this instruction from Jesus in a vision that changed his life?

One day, St. Francis was praying in front of a Crucifix in the Church of San Damiano. He heart Christ telling him to Rebuild his Church,

Francis, repair my house, which is falling into ruin.

7 Key Moments in the Life of St. Francis

Since the church building he was in was falling to ruins, St. Francis thought God’s instructions were to rebuild the physical church – which he did.

But St. Francis would realize that God meant the entire Catholic Church was in need of rebuilding, repair, and reform.

St. Francis dedicated his life to this effort.

Here’s a book that will introduce you to St. Francis: The Life of St. Francis of Assisi.

3. First martyr. Well, technically the Holy Innocents are the first martyrs. This Saint was stoned to death for proclaiming Christ.

In my Bible Study, we’re diving into the book of the Acts of the Apostles, with Jeff Cavins.

St. Stephen’s great speech before his martyrdom is pretty amazing. He went through Salvation History and illustrated just how stubborn the Israelites could be at rejecting God and clinging to their idols.

Then Stephen draws a parallel to the Jewish leaders of his time, and how they rejected Jesus the Messiah, clinging to their honor of the temple in almost an act of idolatry.

Stephen’s speech comes to a climax when he receives a heavenly vision and proclaims:

I see the heavens opened and the Son of Man standing at the right hand of God!

With that, the Jewish leaders grew enraged, rushed Stephen, and stoned him.

Stephen’s dying words echoed Jesus’ on the Cross – words of forgiveness for the people who killed him.

4. “It would be easier for the earth to carry on without the sun than without the Holy Mass.” Quote from which stigmatic Saint?

Ah, Padre Pio, one of my faves.

He had the stigmata, spent hours in the confessional, saw his angel, and was granted many other great gifts from God – such as bilocation.

But his holiness doesn’t come from these things.

His holiness comes from his great love for our Savior Jesus Christ, and especially for his love of him in the Eucharist.

We can learn from Padre Pio the importance of the Eucharist in our vocation to holiness, too.

One fact about Padre Pio you may not know, is that for a while he was not permitted to hear confessions or say Mass publicly, while his stigmata was under investigation.

Padre Pio was humbly obedient, accepting his superiors’ decision in this matter.

I love modern Saints such as Padre Pio, because we have photos of them that give us a glimpse into their personality. One look at Padre Pio, and you can see such joy and love in his eyes.

My favorite photos of him are at the Mass, where his face displays such wonder and awe at the mystery of the Eucharist.

Check out this article to see some pictures of this great Saint.

5. Lebanese hermit. Died after being struck with paralysis during the Elevation while saying Mass.

As a child, Charbel was devout, pious, and prayerful. He always wanted to be a monk, and due to a lack of support from his family, he left home unexpectedly to pursue that calling.

He lived a life of great holiness in the monastery, and then for many years as a hermit.

During Mass one day when Charbel was 70 years old, he suffered a paralytic stroke. He died several days later. Amazingly, a super bright light shone about his grave for 45 nights after he was buried.

His Superior said of him: “Because of that which he will do after his death, I need not give any details of his life. Faithful to his vows, and of exemplary obedience, his conduct was more angelic than human.” (Modern Saints 2 p. 138).

6. First native Korean priest. Canonized as one of 103 martyrs.

During almost 100 years persecution in Korea, approximately 10,000 Christians were martyred.

Out of these many martyrs, Fr. Andrew Kim and companions were canonized by Pope John Paul II.

There were several missionary priests who were sent to minister in Korea. After them, Fr. Andrew Kim was ordained and then beheaded a mere year later.

“Immediately prior to his martyrdom, Father Andrew Kim had written a letter to the faithful, urging them to accept persecution as an act of God’s providence. He told his flock that the Church in Korea could be no exception in a Church founded on the sufferings of Our Lord and spread by the sufferings of the Apostles.” (Modern Saints 2, p. 28)

The Church in Korea grew rapidly during the persecutions.

7. One of 22 martyrs of Uganda. St. ______ and companions. Had a zeal for conversions despite persecutions.

Charles Lwanga was a Catechumen in Uganda during a time of persecution. When the leader of the Christians at the time was martyred, Charles stepped up and took his place.

Charles Lwanga and his companions were caught teaching religion lessons while the king was away. Instead of fleeing, the Christians remained in prayer.

When the king ordered, “Let all those who pray go over here,” Charles Lwanga stood up and led the way, with the other Christians following his lead to their martyrdom.

8. “If all the flowers wanted to be roses nature would lose her springtime beauty.”

St. Therese of the Child Jesus

St. Therese is a Doctor of the Church. Her teachings on pursuing holiness in the small and ordinary moments of the life continue to make a big impact on the Church and her members.

She was content to be a little flower in God’s garden – she didn’t need to be one of the flashy roses.

One of my favorite stories about Therese is how patiently she loved one of her fellow sisters who annoyed her. She was so kind to her, the sister didn’t even know the negative feelings Therese had toward her.

9. Female Saint with the stigmata, tuberculosis, visions of her angel. “If you really want to love Jesus, first learn to suffer because suffering teaches you to love.”

This young Saint dedicated herself to suffer in atonement for sins.

She received many gifts and graces from God, including the stigmata.

Gemma also saw her Guardian Angel, and experienced “raptures” or episodes where she seemed to be disconnected with the physical world, and in communication with Jesus in an extraordinary way.

St. Gemma was very devoted to interceding for the conversion of sinners, and many times was given knowledge when their salvation was obtained.

She died at the age of 25 from Tuberculosis.

Here is an excellent book about her life: The Life of St. Gemma Galgani.

10. Gave us the Divine Mercy Chaplet, as revealed to her by Jesus.

St. Faustina received a vision of an angel who was sent to bring destruction upon a certain city.

She began to pray for the city, and the words of the Chaplet came to her at that time.

Jesus later told her that those prayers were not just for her, but for everyone.

He gave her promises of special graces he would grant to those who pray the Chaplet of Divine Mercy.

Here is more information on the History of the Divine Mercy Chaplet.

And if you don’t have a copy of St. Faustina’s Diary, definitely get one!

WANT TO KNOW WHEN THE NEXT ROUND OF TRIVIA IS HAPPENING?

Did you enjoy testing your knowledge of the Catholic Faith and learning a few new things?

Sign up to get an email reminder (and other blog news) so you can play along for next round of Catholic Trivia on Instagram! 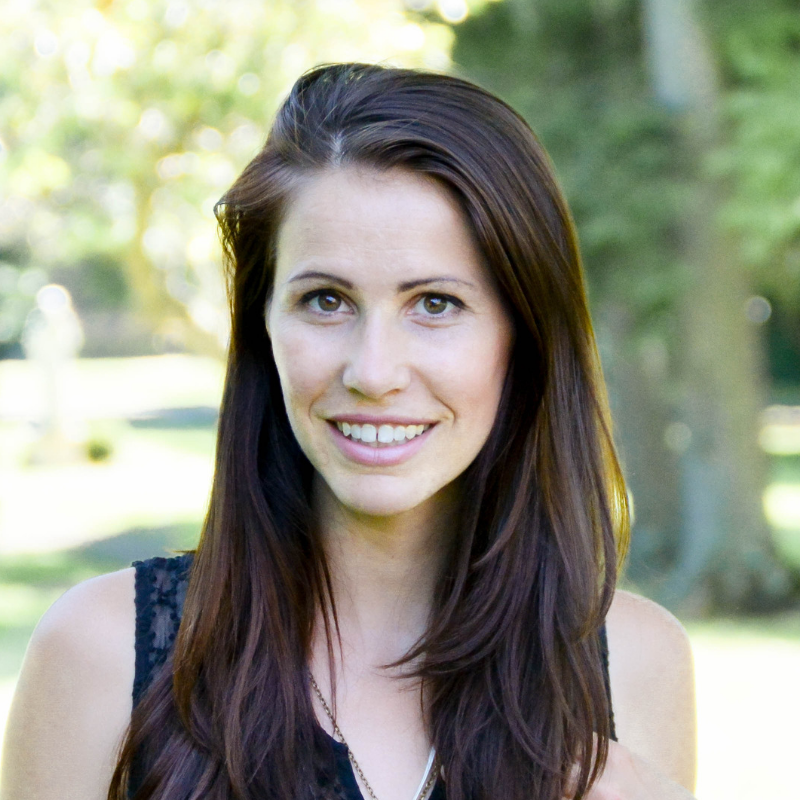 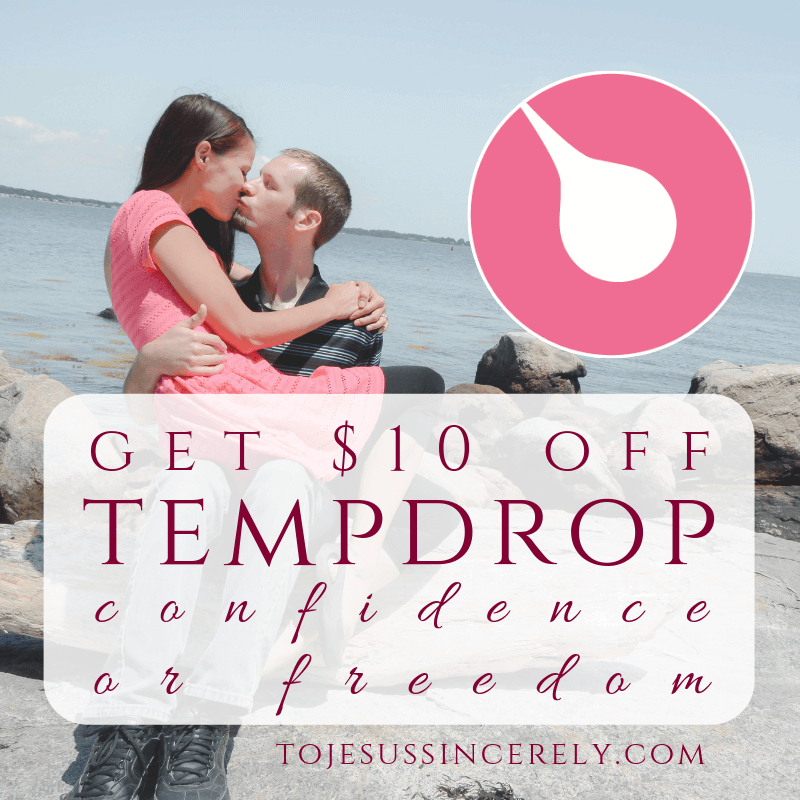